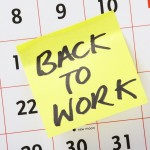 Unemployment is the main psychosocial disability of people with psychotic illnesses such as schizophrenia. Not only is unemployment costly to society, it reinforces social and economic marginalisation, can exacerbate symptoms, increases risk of homelessness, and persists after other symptoms have resolved (Rinaldi et al, 2010).

Psychotic illnesses have their peak onset in the late teens and early twenties, which is a stage in normal development when young people finish school and enter the workforce. Because the onset of mental illness can be extremely disruptive, basic employment skills, such as job searching and interviewing are not learned and these individuals do not develop a history of work experience. Evidence suggests that for young people in particular, periods of unemployment can have ‘scarring’ effects on future employment opportunities (Marks et al, 2003).

Most people with severe mental illness say they would like to work (Secker et al, 2001), yet despite this, only a small proportion (estimates 4-27%) of people with schizophrenia are employed (Marwaha et al, 2004). Research shows that people with severe mental illness generally want to work, yet the vast majority are unable to hold down a job.

The costs of lost employment due to mental health problems are substantial. In England in 2007, it was estimated that these amounted to nearly £20 billion (McCrone et al, 2008).

Employment interventions have been trialled in people with severe mental illness, including psychosis, with varying success (for review see Crowther et al, 2001). The strongest evidence has been shown for Individual Placement and Support (IPS), which focuses on supporting competitive job searching in all clients who want to return to work regardless of measures of work-readiness or symptom severity. IPS is significantly better on all employment outcome measures than various control conditions, and in first episode psychosis, patients receiving IPS gain significantly more jobs, earn significantly more money, and work longer (Crowther et al, 2001).

It therefore seems unnecessary to conduct yet another trial of IPS in early psychosis; we know that it works, it just needs to be rolled out across early intervention services. However, actually doing this has proved difficult, not because patients are ambivalent but because key clinicians discourage their clients from participating because they fear that work will precipitate a relapse. In this context, then, Craig and colleagues have conducted a trial of IPS in conjunction with motivational interviewing training for staff (Craig et al, 2014). This study looked at how can service users and professionals can work together to achieve a return to work.

This was a cluster-randomised controlled trial at four early intervention teams (two in London and two in the Midlands). All teams included a trained vocational specialist to deliver IPS, and two teams (one each in London and the Midlands) received additional training “in motivational techniques aimed at addressing staff concerns about the value and risks of a return to open (i.e. competitive) employment.”

Participants were patients of the services, aged between 18 and 35, and not currently in work or full-time education.

The primary outcome was the proportion of patients in open paid employment at 12 month follow-up.

Interestingly, the advantage for the intervention was lost when voluntary or short term ‘cash-in-hand’ positions were included in the ‘employed’ category (38/68 vs 28/66, p=0.12). The authors concluded that employment outcomes were enhanced by addressing clinicians’ ambivalence about their patients returning to work.

This study provides evidence that a major reason for the poor vocational outcomes experienced by young people with psychosis is the lack of encouragement from and low expectations of staff at early intervention services. The negative views of staff, although well-meaning, are unfortunately hugely misplaced; prolonged inactivity is actually more likely to have negative outcomes than a return to work is to provoke relapse (Burns et al, 2009).

The strong implication of the study is that staff in early intervention services need to be encouraged to support the desires of their clients, rather than be over-protective of them. Do you work in early intervention and support clients into employment? Share your experiences in the comments thread below.