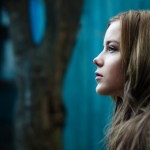 Statistics on how likely it is that an adolescent with a mental health problem will go on to have mental health problems later in life are variable. A new study from Australia followed a large cohort of teenagers for 16 years, to see how likely it is that problems with worry and low mood in teenage years persist into young adulthood (Patton et al, 2014).

1,943 teenagers were randomly selected to take part from schools across Victoria, Australia. The mental health of teenagers was assessed at baseline, at five 6-monthly intervals thereafter, and then at three follow-up time points when the participants were 20-21, 24-25 and 28-29 years old.

Teenagers were assessed using the Clinical Interview Schedule (CIS-R), and adults were assessed using the General Health Questionnaire (GHQ) and at the final time point also with the Composite International Diagnostic Interview (CIDI). Initial data was gathered using a self-administered questionnaire on a laptop, and later questionnaires were administered over the phone. Measures were designed to detect depression and anxiety symptoms.

The study had a good retention rate of participants, with 1,501 taking part in the final assessment. Regression modelling was used to be able to infer causation as well as association. The authors also report a predictive effect of parental divorce on persistent problematic scores on anxiety and depression symptoms.

The authors conclude that:

Adolescent syndromes of depression and anxiety are common, and for many people, especially girls, are a forerunner of young adult disorder. However, they draw attention to the large proportion of teenagers who did not carry on to have problems in later life:

A finding that almost half of those with an adolescent disorder had no further episodes in adulthood is striking.

They draw the conclusion that if shorter and fewer episodes of difficulty are associated with less recurrence in adulthood, then interventions which shorten episodes of distress in adolescent are very important:

Early clinical interventions that shorten the duration of episodes have the potential to reduce the later life disease burden.

In addition they emphasise the importance of a stable social context for teenagers:

A persisting effect of parental separation and divorce on the course of disorder suggests the importance of a secure and stable social context in adolescence in recovery.

This study has been impressively ambitious in its sample size and longitudinal methodology, following teenagers up over a long time period and achieving a really good retention rate for participants.

Asking what the meaning is of teenage mental health problems for later diagnoses is a really important question, both for teenagers who are experiencing difficulties and for clinicians who are treating them. This study is not looking at a clinical population, however, and the questionnaire measures it uses to identify difficulties are designed for non-clinical populations and are largely self-administered. For me, this means that conclusions drawn about clinical depression or anxiety need to be made cautiously. These are not young people who have had a face-to-face clinical assessment and the paper does not report whether any of them were involved with child and adolescent mental health services. In conversation over email, Professor Patton commented:

This was as close to a representative community sample as one can get. We do know that some had contact with mental health professionals – this did not seem to affect the picture and prognosis greatly.  In fact the adolescents who had contact with mental health professionals in general did less well but that probably is a reflection of having more severe problems to begin with.

The measures analysed in this paper also focused solely on depression and anxiety symptoms rather than including psychotic experiences, self-harm behaviours, or many other difficulties. The authors did look at self-harm behaviours in a separate publication, however, published previously and linked to below (Moran et al, 2012). Psychotic-like or unusual experiences would be an interesting area of further study. I think that it speaks to the needs for adolescents to have a stable and secure relationships and this becomes more difficult in context where there is parental separation and the conflict that often goes with it.

However, it is possible that parental divorce is associated with another, unmeasured variable, for example significant family discord early in life. We also have little information about mediating factors which might make divorce less likely to impact in this way, e.g. well-managed less-conflictual divorce might have a different effect from a divorce where parents are estranged. I think it is also important to realise that for some families parental divorce acts to increase stability by removing previous parental conflict.

Despite the results being from a non-clinical sample, the suggestion that a longer duration of anxiety or low mood during adolescence might be an increased risk factor for later problems does make sense from a cognitive model of depression and anxiety. The more we think thoughts that we are unlovable or in danger the more we behave in ways that inadvertently perpetuate these beliefs. If this goes on long-term it might make us more prone to similar thoughts and feelings later in life. Professor Patton thought this research was supportive of the need for mental health interventions early on. He said:

The study illustrates how important the years between puberty and the mid-twenties are for the onset of mental health problems related to depression and anxiety. For those who have had symptoms persist for more than six months during the teens, there is a clear need for effective treatments, that may well include structured psychotherapy and in some instances medication. This group have a high likelihood of problems continuing into young adulthood.

Professor Patton was optimistic about prognosis in general and acknowledged that worries and low mood are a natural response to adverse life circumstances:

For those who have recent onset problems there is a much greater likelihood of resolution.  For this group management is likely to be initially focussed on the stressful circumstances in their lives.  These may range from problems with bullying, getting over broken relationships or failing exams.  For many young people, resolving these stresses will lead to resolution of symptoms.

This comment recognises that persistent low mood or worry may well be linked to persistent adverse life circumstances.

The research group plan to continue their research into the effect of adolescent worry and low mood on later relationships, completion of education, employment and financial independence. This study found that longer periods of worry or low mood in adolescence increase the likelihood of low mood and worry later in life, although it is by no means inevitable that difficulties in the teenage years lead to adult low mood and anxiety. The study highlights the need for early intervention and good provision of mental health services for children and young people, and the need for increased watchfulness for those individuals who have had multiple periods of low mood or worry during their teenage years.

More research using more clinical populations and face-to-face interview methods would be helpful to fully support these findings and explore how persistent low mood or worry are linked to other persistent adverse life circumstances. Future studies looking at how the effect of parental divorce is affected by levels of parental conflict pre and post divorce, would help us to understand more about the subtleties of why some divorces might increase the likelihood of more persistent problems.